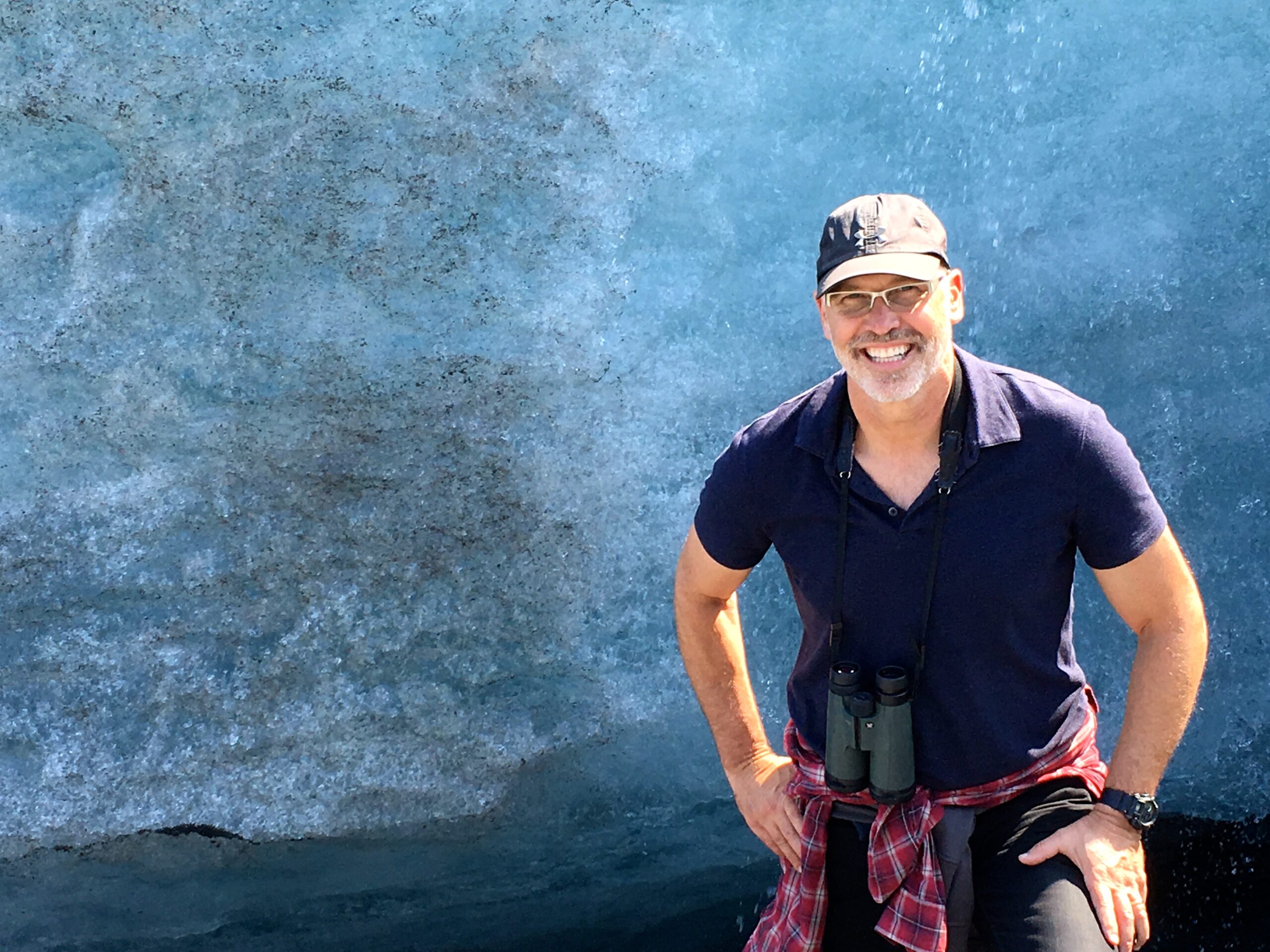 The Church's Tipping Point for Change

Ever since the first shock waves hit the church in the mid 60s, when the yearly anticipated attendance bump that all churches routinely counted on— came to a sudden halt, the religious climate of North America has been changing.

Standing by a melting glacier (Alaska) felt like a profound experience. Huge geological forces like these have a way of setting my mind in motion on what they illustrate metaphorically. As a mission guy, I could not resist penning some paralleling thoughts on today’s shrinking North American church. Like global warming, we should not close our eyes to the realities around us, especially when it has to do with the core mission of the gospel. So here is the metaphorical thought this moment stirred.

Ever since the first shock waves hit the church in the mid 60s, when the yearly anticipated attendance bump that all churches routinely counted on— came to a sudden halt, the religious climate of North America has been changing. In decades following, because the church desperately needed a makeover, two visionaries straddled the gap to shape a more attractive, relevant version of church, à la Bill Hybels Willow Creek (1975) and Rick Warren’s Saddleback (1980) seeker innovations. Along with a resurgent focus on church planting, Church 2.0 worked like a charm for awhile, spurring growth that seemed to stem the tide. If you’re running good numbers today, “attraction” remains the prominent way leaders think of doing church and local mission. But who could have foreseen the slide from institutional religion which began somewhere in 1990s—when non-religious identifiers (“nones”) began their climb in America, skyrocketing from 8.2 to 23 percent (2008 American Religious Identification Survey; see also Pew’s 2014 numbers). The irreligious sector bolstered by disconnecting millennials signaled a tectonic shift of European-like proportions.

Examining closer, although the church in North America remains relatively large, just like this glacier, the scope of its influence is diminishing. One of the more revealing studies on what is happening was Rainer’s look at church growth against population rates. The 2002 study showed only 6 percent of churches were keeping pace with the growth of their communities. Said oppositely, 94 percent of churches are losing ground to the culture. Statistics affirm almost every American denomination, mainline and evangelical, are in decline. Academics Van Gelder and Zscheile’s term it: “The Great Unraveling.” (For a detailed summation, read Participating in God’s Mission).

We now have a new landscape, one that is: (1) More Urban: In 2009, for the first time in American history urbanites surpassed ruralites. A recent church planting book picked the city of Seattle as an appropriate “proxy” of where the nation is heading. Urban Seattle, the prototype for emerging America? Woe! (2) Less Churched: Pew research revealed only 2 out of 10 millennials believed church attendance was important. The lean against “organized religion” is in play and evident from the next generation’s empty seats. (3) Post-Christian. The time when church life served as the culture hub is fading or gone, pluralism of views and beliefs competes at every level.

What Does Climate Change Mean for the Church?

At the very least, spiritual climate change of this magnitude begs a question that we all would do well to ask: Will the church recognize what is happening and be willing to adapt? In other words, Have we reached a tipping point, a place where leaders will reorient themselves towards other types of metrics, such as: deeper cultural penetration, new measurements for Christian discipleship, and the redefining of mission training for its members—for the purpose of fulfilling Christ’s mandate in our time, our moment of church history?

My opinion, should you dare ask? Should we be willing to adapt: my emphatic answer: yes! Are we ready and willing? From many ministry contexts that God has allowed me to observe, my general answer is sadly: no. Just like global warming, where some do not see climate change as a serious problem, it’s possible to feel little alarm within your own ministry picture. Recently, I attended a mega church (around 4,000 members), where if I was visiting, I would have thought this church was thriving: seats were full, the pastor’s message hit it out of the park, everything looked so good. But then, after the service I attended a church-wide baptism service where I witnessed 10 children/youth get dunked. Praise God for those 10, most had grown up in this church! But watching, I could not help but feel something gravely wrong (that perhaps no one else saw that day). Where were all the missional stories from this church body? From thousands in this major church, are you telling me there weren’t any adults reached in or on the outside? The size of the church matched against the make-up and number of baptisms did not jive with “thriving.” (By the way, nor did the total number for the year). Seeing the incongruence, I was again standing by a melting glacier.

I read an older 2003 article by the Rainer group, where the gist from their research was that more than anything else (they repeated it in the article) members needed to invite others to church. According to their data, only 2 percent of Christians invited unchurched people. Though in the past this “inviting” charge was readily seen as the simple solve. Today, I would argue it is grossly insufficient to rectify the situation at hand. Though I am all for inviting (in due course), it smacks as a surface oversimplification of a deep missional problem; that is, the failure of the church’s teaching system to properly equip its members for their primary gospel influencer task.

We don’t have just an “inviting problem” anymore. Increasing numbers are outside “the joining circle,” and not looking to attend a church. With a more distant culture, our members find themselves isolated and ill-equipped to have the kind of meaningful connection that ushers people into the place of responding to the message and body of the church. Consider that a pastor of a prototypical “attractional church” with a full band and “relevantly” titled teaching series rolling out every 4 to 6 weeks, told me candidly that his church of 100 members had not reached one non-believer all year. Not an outlier, the Southern Baptists 15 million plus denomination was transparent enough to disclose that 29 percent of their churches had reached none in 2016, and 47 percent reached 2 or less. Woe.

Despite these rather glaring facts, and amid all the cultural change unfurling, it seems as if church leaders are in uncharted territory—where they fail to grasp how the church can morph into God’s next thrust. I am not saying there is no progress out there, or no reports of conversions, nor that there aren’t some encouraging innovative bright spots—including some new forms like Tampa Underground’s network of 201 micro-churches. But from the bulk of local congregations, what I see is a toeing of the line, holding to the status quo. Thus, pastors are trying to get people to come to them, and are doing it in the same ways, if for no other reason than that church “attraction” is what they know.

What we don’t know, and what we are not very good at is functioning within a post-Christianizing world. What we are not well conditioned to do is empowering our members to interject themselves into the culture, to penetrate pockets, to get alongside people of differing beliefs, and to be able to share the gospel meaningfully outside a church service. Ask the average member about the mission skills and mission quotient they have developed at their church—get ready for: “Mission skills/quotient—what’s that?”

Though I do not believe most pastors and church leaders are ready to reconfigure their church from being a center into becoming an epicenter for gospel movement, I do believe the day of realization is coming. The time for such a change beckons. Turning a phrase from Game of Thrones, Heat is coming. Drip, drip, drip. Diminish. Diminish. Diminish. You may look back years from now and discern decline’s resulting wake more clearly, or you may be too close to your own situation to see it.

Nevertheless, we cannot escape the reality that a shrinking diminishing movement demands rethinking. In sharing my parallel reflections on this melting glacier event, I am not being a prophet of doom, but rather a voice “crying in the wilderness”—let’s open our eyes, keep studying, and be willing to adapt! Let’s not commit to the past’s status quo thinking as our only compass, because God doesn’t copy, and he has another template that is better suited for this new era, where his wind, his Spirit will blow through his people in a far more dynamic way.

In that vein of vision, if you resonate with any of what I am saying, I would be honored if you joined me in a rich conversation on what we can do differently within every church or ministry context. This is the subject matter of my latest book, ReMission, where I bridge analysis into practical solutions. May the answers I have proposed stir your heart and mind to release greater movement within your sphere. We all need to keep on a learning curve, and run to the battle. My prayers are with you, and for the Church to rise and face its moment head on.