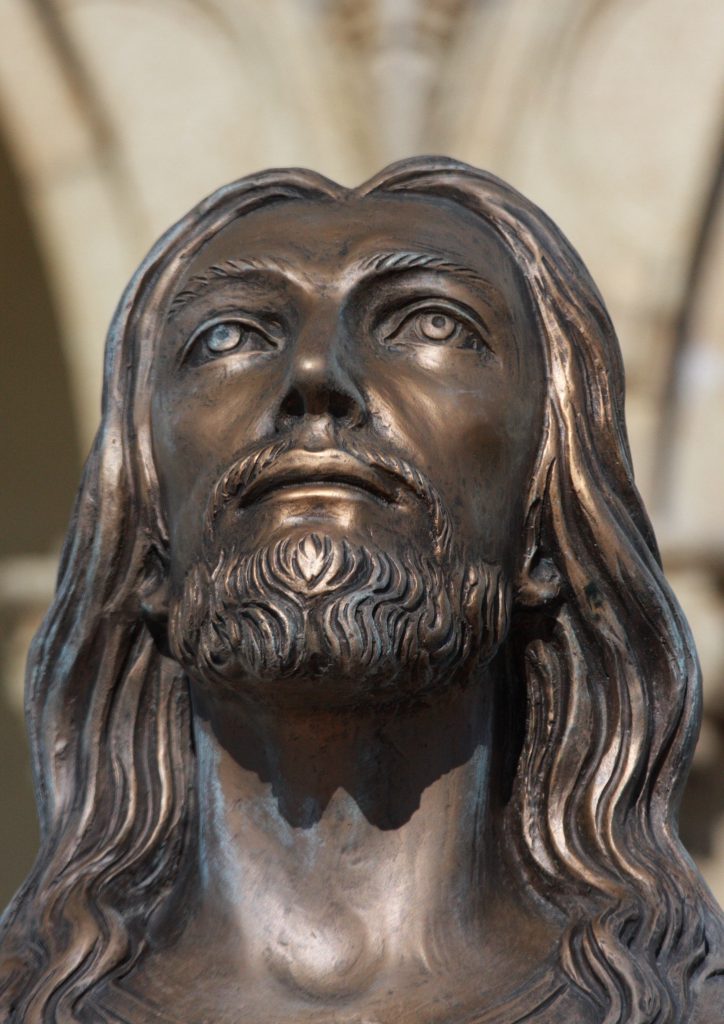 Not to be confused with the God figure of C.S. Lewis’ Chronicles of Narnia, Reza Aslan is the author of the 2014 New York Times bestselling book on Jesus called Zealot. Through his revisionist eyes, readers will be led to believe that the New Testament writers with full-hearted intention got the story all wrong. Jesus is not who they portray him to be. By anticipating the questions and objections of their readers, the Gospel fab four succeeded to get people to ascribe to Jesus much more than any right-minded person should have. He conveys his theme of their fabrication by using an array of spin words: “inventive,” “concocted,” “propagated,” “connived.”

To make his case for the real Jesus, Aslan attempts to debunk many traditional perceptions. Knowing that thousands have cuddled up to his theory, I wanted to offer my thoughts and evaluation. In this blog, I take aim at his early development only. There is plenty there to work from.

Let me begin by giving credit. Whether you agree or not with his premise, this is a highly researched and scholarly work. Almost any discerning Christian will learn some things about the time and culture that surrounded Christ. Being Middle Eastern in descent, Aslan has more insider information than most. Because of his lucid interpretation of the facts, and the way he colors that time period, it’s easy for people to jump on the bandwagon in thinking that he is some kind of authority when it comes to revealing truth. That is a mistake.

Aslan is a smart guy. But the book is built on many false presumptions. Ones that are now popularly disseminated, begging the question: Do Christians have answers? I first learned of the book in a conversation with a literary agent, a woman who had bought his pitch hook, line and sinker. She is just one of scores! Allow me to release that hook by exposing several fallacies that undergird his conclusions.

First, Aslan makes interpretations about the Gospels without proper consideration for each writer’s audience. Communication rule number 1: Know your audience. Though the Gospel writers use overlapping content (three are called the “synoptics” for their similarity), each Gospel had a specific target group in mind.

He is correct to point out that though these biographies are named for individuals (Matthew, Mark, Luke, John), the Gospels originated from a multiplicity of contributors, and how this was perfectly normal of the time and not in any way discrediting. To the contrary, I would argue that it strengthens their reliability. A whole community was involved; no one was off alone concocting in a cave! They knew they were stewarding public information. As Paul appealed to King Agrippa, “It was not done in a corner” (Acts 26:26). Yet Aslan proceeds to make statements juxtaposing differences as evidence of inconsistency or incompleteness. For example, he sees Matthew and Luke trying to make up for what Mark missed. And he notes how Matthew and Luke have, in his view, entirely inconsistent genealogies.

Ironically, both instances are easily resolved when the writer’s audience comes into view. Mark is not intending to give an exhaustive account of everything Jesus did, nor does he care to provide a genealogical backing of Christ’s life. Why? Mark’s aim is to bring the good news of Jesus to a more simple and straightforward Roman community. This is apparent by his content selection (ex: centurion reaction, etc) and his content limitation. The Romans could care less about genealogies. His no frills no fluff account gets quickly to the point of telling the story of the man who suddenly breaks upon the scene creating a giant stir in the Roman world. The book of Mark is an evangelistic appeal to those people. If you can’t see the intention, you misinterpret its shape.

Similarly, Matthew and Luke do not have inconsistent genealogies as he claims. Their difference is explained when you understand their particular audiences. Aslan misses this completely. Matthew’s Gospel is written distinctly to the Jewish reader. That is why it is the biggest account, being filled with prophesies vindicating Christ as the Messiah. It is why his genealogy begins with Abraham and goes through David to Jesus, because Jewish readers would need to see that fulfillment. Contrary to this being fabrication, Jewish people could confirm that Jesus’ lineage did match the prerequisite line of faith.

Luke, on the other hand, opposite from Matthew, is addressing Gentiles. His challenge is explaining how a Jewish Messiah is the Savior of everyone. Notice the many stories regarding salvation in Luke, like the lost coin, sheep and prodigal son. Thus, his genealogy has an entirely different purpose. He chooses to begin with Jesus and reverses it all the way back, not to Abraham, but to Adam. Why? Luke wants to show how Jesus is the Savior of all humanity, and in the Greek sense of ideals is the ultimate human being. These factors explain why the Gospel differences are not inconsistent. They are, to the contrary, united in declaring the same truth about Christ to differing groups that existed within a pluralistic world. The four Gospels are consistent in all the significant biographical content.

Just because John’s Gospel is entirely unique, does not mean, as Aslan implicates, that it is contradictory to the others. Again, other factors are at play. The artist of the bunch personality wise, John writes later than the other three choosing to include much new information and has a different audience in view. John’s theme is to capture who Christ is for the more intellectual and philosophic minded of his day. Like Mark he bypasses the human genealogy altogether, replacing it with what fits his unique theme, not the human but his divine heredity. By using “logos,” a word commonly used by three philosophic schools (Middle Platonianism, Stoicism and Philo’s writings) regarding the guiding “reason” behind it all, he infuses the first century philosophic world with Christian content. This is not manipulative. It is a means of conveying universal truth about Christ and his relation to all creation.

Second, Aslan’s portrait of Gospel writer projection, not historic description has committed another fallacious assumption. In his view, the Gospel writers are not conveying as Luke writes in his opening: “a careful investigation of what happened,” but are rather concocting myth over the man, who was really just that, a man. Aslan sees Jesus as the next Messiah wannabe in a whole line of historic zealots.

But just as he fails to see the unique audiences of the Gospel writers, he also fails to see the gravity of eyewitness accounts. We are not referring to one writer, but four Gospels composed by many contemporaries of Jesus. It is scholarly arrogance to assume that any modern person is somehow better qualified to tell us what occurred than Christ’s own contemporaries. This is a big problem with his popular book. He puts himself above eyewitness testimony. Not the testimony of one person, but four detailed gospels from many sources about a public historic figure. I submit to you an outside illustration of this type of error.

I watched a documentary by Director James Cameron as a group of experts gathered to examine the historical truths surrounding the Titanic’s sinking. Did you know that during the hearings following the great tragedy that certain parts of eyewitness testimony were labeled as unbelievable and therefore rejected? One twelve year old girl, Ruth Blanchard, described how she and others in the lifeboat watched as the ship tore in two. The Titanic Society authorities, however, did not believe that such a thing could occur. Thus, during the live testimony they interjected their point of view, correcting the visual accounts, saying it must have been the smokestack falling. The revision that the ship went down intact was then accepted as the official record. That popular view remained until 1978 when Bob Ballard used robotics to visit the wreck site and proved once and for all that the eyewitnesses were indeed right. The Titanic had ripped in two just as they said. In fact, one of the big conclusions that Cameron’s team made was: “No one got it right, but the eyewitnesses.”

Just because Aslan thinks he can reinterpret historical facts to make them more plausible to himself and others does not have anything to do with the truth. He has committed a logical fallacy in how his presuppositional leaning leads his conclusion. Don’t be fooled. The Titanic split in two. And as unbelievable as it might appear to some, Jesus, the God-man, rose from the dead. Trust the only ones who could get it right. The ones who were there!

I am so glad you are checking us out!

Soul Whisperer Ministry is all about the mission formation of God’s people. We want to bless you.

Over the next months, you can download the first chapter of my latest book, ReMission: Rethinking How Church Leaders Create Movement. Also, by signing up, we will be equipping you with new articles on mission training, and you will receive our Newsletter as well.

For the gospel of Christ, we are stronger together!

I look forward to connecting with you, and keeping in touch! 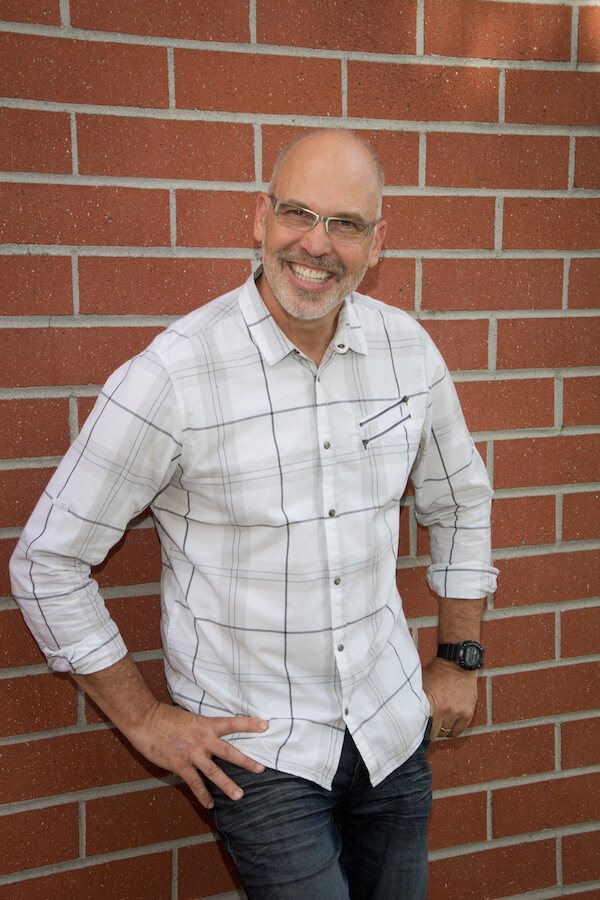